“The trickle-down and ‘housing-as-opportunity’ school of thought are fundamentally flawed and lead to simplistic and misguided public policy recommendations” – Michael Storper, UCLA and London School of Economics 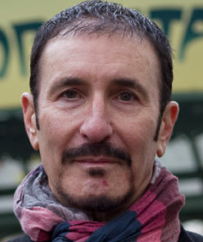 We thought we’d share with you some information about a couple of recent academic studies affirming what your own eyes likely have been telling you anyway; that upzoning doesn’t work, not at least as a panacea for our affordable housing shortage.  But in the battle for the hearts and minds of Seattle and especially needed for our healthy crop of entrenched pro-growth politicians, it never hurts to call in the “experts”.

With this new research, (there are other studies cited in these studies but nothing as current or robust as these), we’ve now got some groundbreaking analysis affirming that blanket upzoning doesn’t miraculously free up a stock of additional affordable housing units and in fact can do the opposite driving up the value of properties within the upzoned areas leading to higher home sale prices (and increased rents).  As the Chicago study indicates, it may not even substantially increase the amount of new market rate construction over the long haul.

Michael Storper, a professor of Economic Geography from the London School of Economics and UCLA “and one of the most cited social scientists in the world”, recently summarized the results of his research here in an interview with “The Planning Report”. We’ll let you read the full interview, but what was especially notable were his comments on cities that upzone in high transit corridors including those like Seattle that accompany these changes with “affordable set-asides”.  Storper says there is little or no ‘trickle down’ effect.  Upzones don’t generally increase housing production except perhaps in already highly desirable areas and at best would ‘only marginally’ benefit higher income groups.

Even when accompanied by a requirement that developers set-aside 15-25 percent of their units at affordable levels, Storper says the effect likely would still be negative especially if the price of the set asides is “lower, or the income threshholds higher, than the current pattern of lower-income, lower-cost housing in those areas when compared to the new housing profile. ”  He goes on to say that “skilled people with high incomes—those who would benefit most from upzoning—are going to move into upzoned neighborhoods and crowd out the middle- and lower-income people who are living there. This displacement is exactly the opposite consequence of what the authors of upzoning bills claim they want to produce.”  (In Seattle, developers can fulfill their relatively wimpy set-aside requirement of 3-11 percent by offering their ‘set-asides’ at rents affordable to those earning at 60 percent of area median when the real need is down below 40 percent of median.)

The second of these studies by Yonah Freemark, a doctoral candidate in the Department of Urban Studies and Planning at the Massachusetts Institute of Technology, undertakes a statistical study of upzoning to rates of new residential construction in Chicago neighborhoods.  Here we’ll let his analysis and methodology speak for itself, except to offer you this quote of Freemark’s buried in his study that pretty much sums it up:

I find statistically significant, robust evidence that a byproduct of upzoning is growth in property values on affected parcels. I specifically find some evidence for an increase in transaction prices of already-existing individual residential units affected by the change, offering evidence for higher housing prices in the short term on the properties where zoning is executed.  These impacts occurred within two years of the zoning changes, suggesting a relatively rapid capitalization by landowners and developers. Second, I find no evidence for short- or medium-term increases in housing-unit construction, potentially a product of the relatively slow financing and approvals processes for new projects, but indicating that upzoning does not produce a supply response within five years after policy implementation.